The Leopard Gecko has yellow, brown, white, and, most recently, leucistic phases. There are usually dark brown spots on a white or pale yellow background. Young geckos have alternating bands of color which gradually break up into the spots or splotches as the animal ages. The skin has many knoblike bumps, giving it a rough appearance, though the skin is soft to the touch. The male is more heavily built than the female with a broader head and thicker neck. Males also have a V-shaped row of pre-anal pores, a wider tail base and post-anal swellings. Leopard geckos are unusual in that they have eyelids. They do not have clinging toe pads, so they can not climb vertical surfaces. The leopard gecko can live 15-20 years in captivity; some have lived up to 30 years. 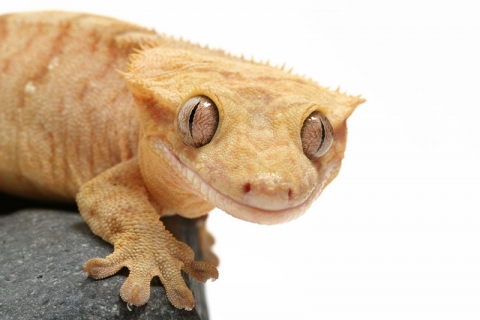 The Crested Gecko, also known as the eyelash gecko, was thought to be extinct until 1994, when several relatively large, thriving populations were found on the islands of New Caledonia. It has a flattened, triangular head with large eyes. Its name is derived from the crests (rows of soft, spiny scales) that run from over the eye down the body to the base of the tail. There are a number of different color morphs that vary from solid colors with markings to elaborate patterns such as Harlequin, Fire, and Pinstripe. Crested Geckos will even change color throughout the day, having a duller color while sleeping and brightening in color in the evening while they are awake. Crested Geckos have an average life span of 5-10 years with proper care. 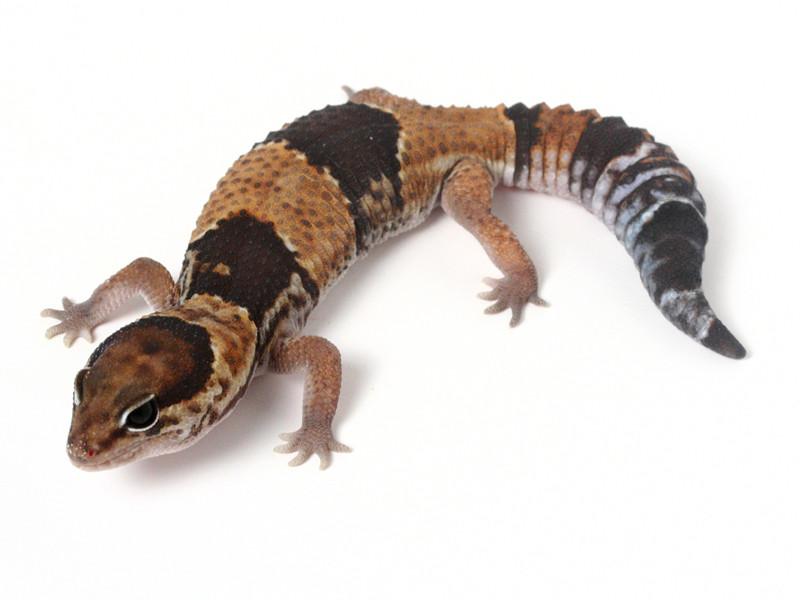 The African fat-tailed gecko is a nocturnal ground dwelling lizard that originates from desert areas in West Africa. They are very similar to leopard geckos except that their tails function as fat storage. Because of this, a healthy African fat tailed gecko will have a fat, large tail that is about the same width as their head. African fat-taileds are becoming an increasingly popular pet, in part because of their ability to thrive in captivity but also because of their docile dispositions and their openness for being handled. When cared for properly fat-tailed geckos have been known to live for 15-20 years in captivity.